While on this walk I listened to the You’re Dead to Me podcast by the BBC. It’s a podcast that explores history in a light-hearted manner. It has a comedian, an expert on the topic of the episode and the presenter. In the episode I listened to they were discussing Harriet Tubman, It’s the little brother of the In Our Time Podcast.

When I was playing Ingress a few years ago I didn’t track the walk with a GPS. I tracked it for this walk. You see that rather than be a large circular hike without overlaps you have the opposite. You see that I walked over certain streets in Nyon two or three times. You also see that there are thorns where I walk to the right or left of my course to get a portal or other.

It’s especially around the Centre of Nyon that you see that I walk through many more streets than usual. On a normal walk, I’d walk from A to B choosing the most direct route. In this case, I go up and down certain streets two or three times.

If you do this without trying to complete a mission it will be even more chaotic as you walk from portal to portal to hack, capture, up, field or other.

During the lull between summer sports and winter sports Ingress is a good way for some people to get out and be physically active without necessarily driving for hours.

An Ingress Photo Walk Before The Rain 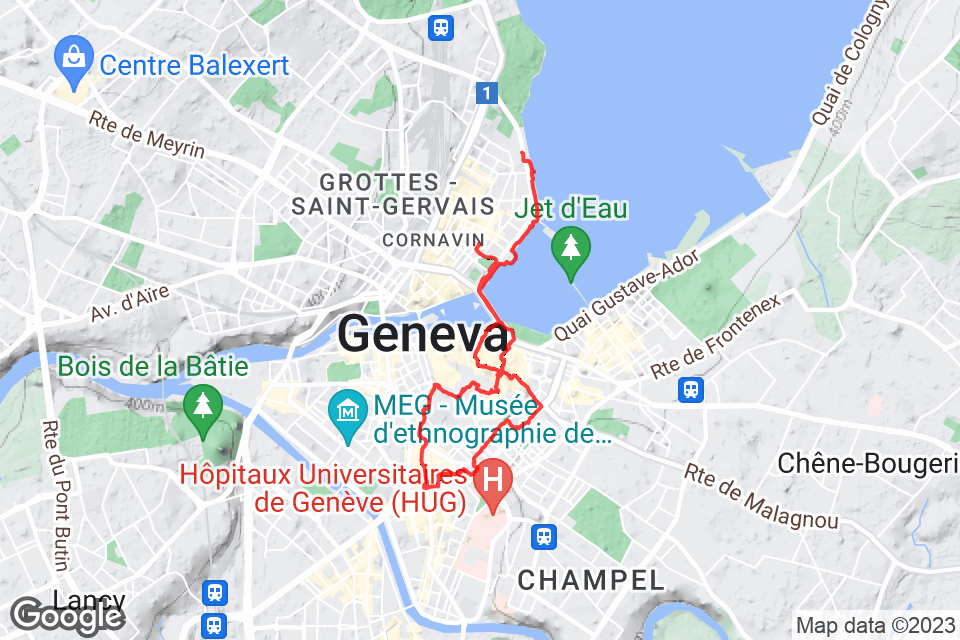